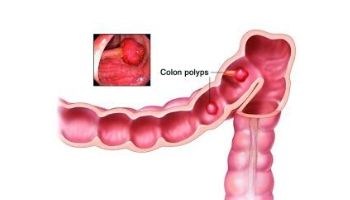 Colon Polyps, which is also known as colorectal polyps refers to the condition where the inner lining of your colon or large intestine begins to grow.

The large intestine is a hollow tube found at the bottom surface of the digestive tract. The formation of polyps takes place when some abnormal changes or mutations occur in the genetic material within the cells, which lines the colon. These mutations may occur after birth or may develop before birth. As per the normal functioning of the human body, the immature cells lining the colon naturally die, matures and die in a specific time. Here, the abnormal genetic changes play their part and prevent the cells from maturing and further dissolving. As a result, these genetically abnormal cells begin to accumulate and give rise to the formation of polyps.

Most of the colon polyps Dubai is not harmful but can turn dangerous for your body as time passes and convert into colon cancer. In that condition, you will need to visit the doctor to get those colon polyps out of your body. People who are more prone to develop this disease include 50 years of age or older, overweight and people who are indulged in smoking. Moreover, colon polyps Dubai can occur in 30% of the adults, up to 6% in children and around 12% in those who experience internal bleeding.

Every colon polyp Dubai is different. Even the cells, which are responsible for the formation of polyp are found to have different characteristics when viewed under the microscope. Moreover, they are different from each other in other factors such as size, number, location and tendency to become cancerous. 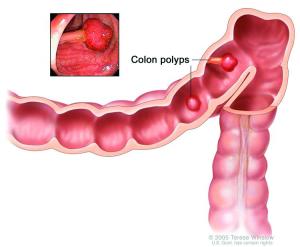 There are different types of colon polyps, which occur in the inner lining of the large intestine. These include:

Most of the polyps do not show any signs or symptoms unless you get it diagnosed. There are very rare cases when it shows symptoms, which includes:

If you have diagnosed with colon polyps Dubai, then you need to discuss with your doctor about the treatment procedure. Your doctor will perform a treatment known as polypectomy, which involves the usage of forceps or a wire loop for the removal of polyps. However, if the polyp is large in surgery, then you may need to undergo surgery for its removal.

In the case of familial adenomatous polyposis, you may need to undergo surgery to remove all the parts of the colon and rectum. As it emerges as the best way to avoid colon cancer for people who suffer from these kinds of health problems.