Hiatal Hernia is a condition when the upper part of your stomach pushes up through the small opening of the diaphragm muscle, which is also known as hiatus.

The diaphragm muscle is responsible for separating your abdomen and chest. The food pipe (oesophagus) passes through the Hiatus before connecting to the stomach. 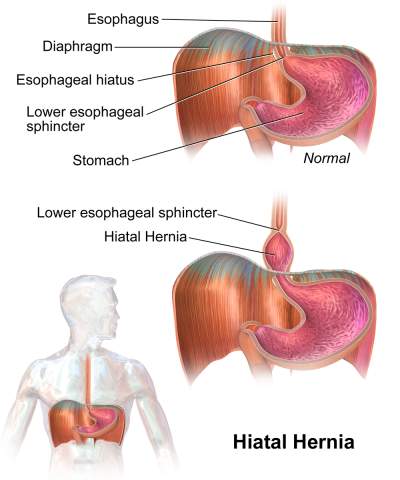 Hiatal Hernia can be described in two main types. These include:

Paraesophageal hiatal hernia: It is considered a more dangerous type of hiatal hernia as compared to the sliding hernia. It is also known as a strangulated hernia. Here, the position of your esophagus and stomach remains undisturbed but a part of your stomach compresses upwards through the hiatus and places itself next to the esophagus. Due to this, your stomach can result in losing its blood supply.

Generally, the small hiatal hernia Dubai does not cause much harm and even go unnoticed for years. However, in the case of large hiatal hernia, it leads to backing up of food and acid into your esophagus causing heartburn. It may get cured through medications and self-care measures, otherwise, it may need surgery to be treated.

The hiatal hernia mainly occurs when the muscle tissues holding together your esophagus and diaphragm becomes weak or inelastic. Due to this weakness in the muscles, it allows your stomach to push upwards through the diaphragm. There are also other factors, which can contribute to the formation of hiatal hernia Dubai. These include:

A hiatal hernia in Dubai is suffered the most by women, people suffering from obesity and those who are above the age of 50. 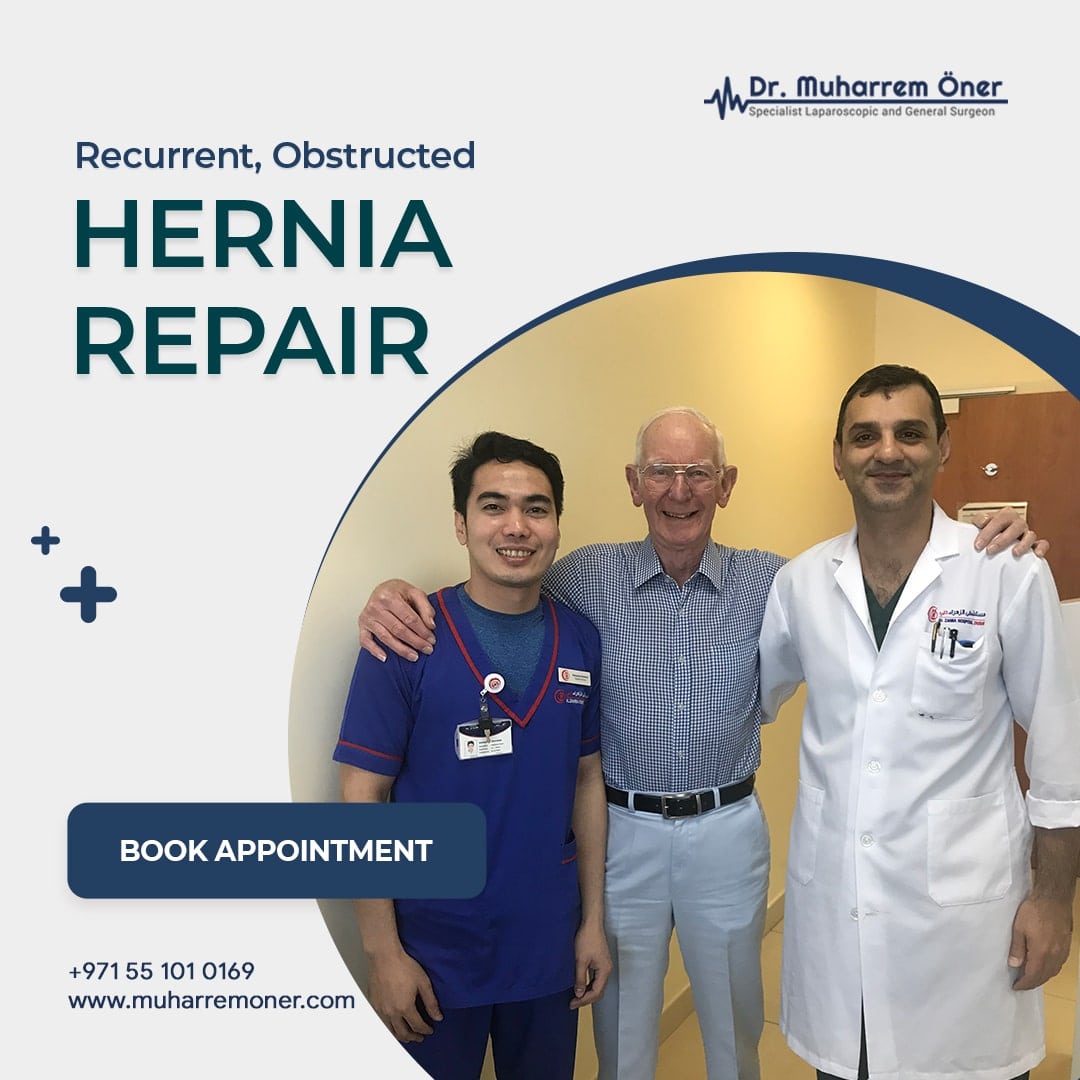 In order to minimize these symptoms, you can make some simple changes in your lifestyle and eating habits such as losing weight to avoid obesity, reducing the consumption of overall meal size, portion size and specific food which trigger reflux to avoid heartburn and avoiding alcohol, caffeine, chocolate, tomatoes and fatty or spicy food to minimize symptoms of hiatal hernia Dubai.

Moreover, your eating and drinking timings may also affect your body as late eating may lead-acid to flow back into the food pipe. People who experience heartburn should start sitting upright while eating and have their meal three hours before going to sleep.

Small hiatal hernia does not show any signs or symptoms, they may get identified during some other body checkup. In the case of large hiatal hernia Dubai, it shows loads of symptoms and a need to visit your doctors and get it diagnosed. Your doctor will perform several tests and procedures during the diagnosis session. These include an X-ray of your upper digestive system, upper endoscopy, and Esophageal manometry.

To solve the problem of hiatal hernia Dubai, Dr Muharrem Oner will advise you for treatment either through medication or by surgical means depending upon the condition. Your doctor may prescribe medicines such as antacids to avoid acid reflux, alginate products, and lansoprazole to avoid persistent symptoms. Under surgical means, the patient is given general anaesthesia, a medicine to make the patient feel sleepy. The laparoscopic surgery is performed in the case of hiatal hernia. It involves performing the surgery by making a tiny keyhole cut in the belly of the patient rather than performing with an incision.